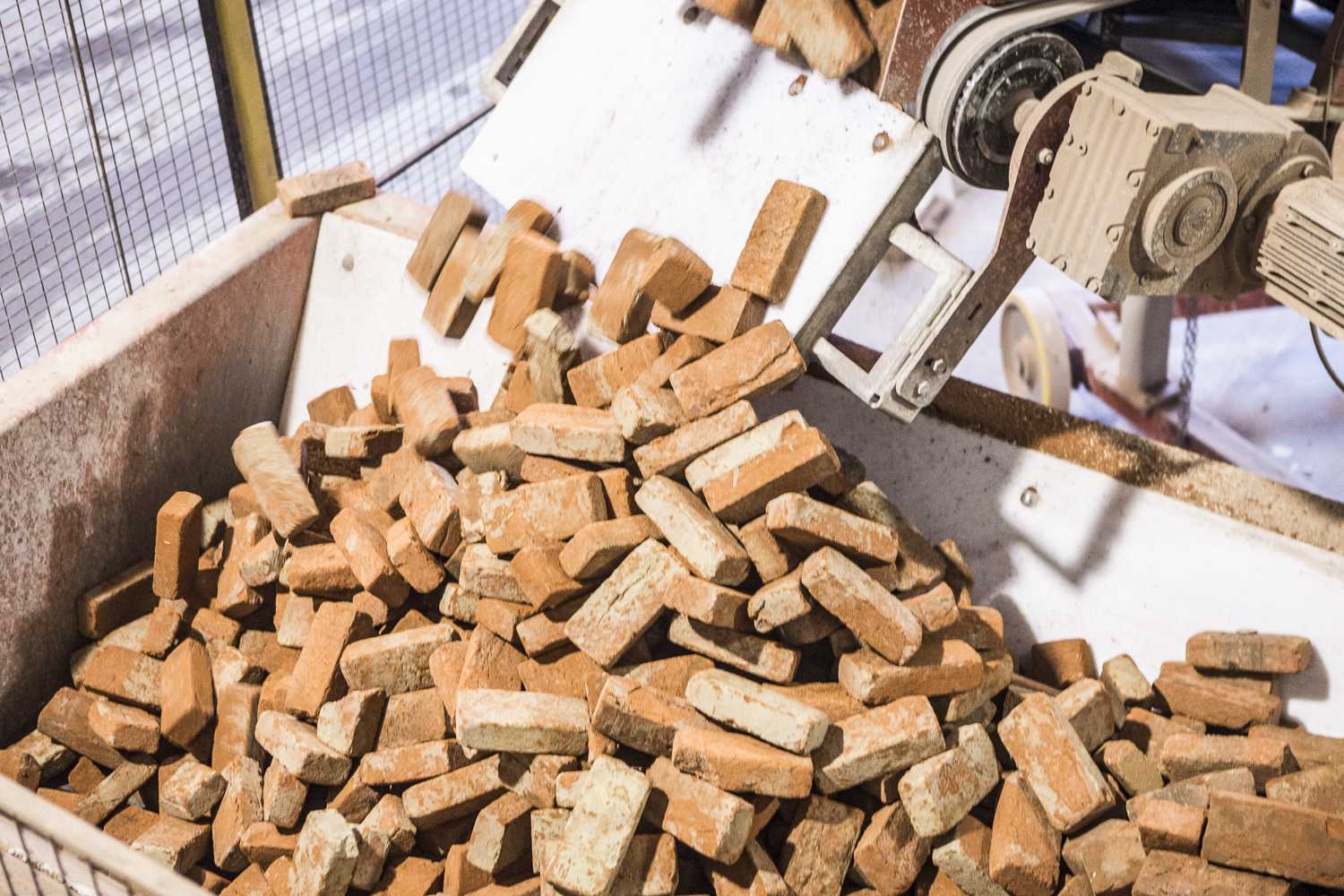 Tumbling and mixing new facing bricks allows us to create an appearance similar to that of old, reclaimed bricks, while avoiding all the hazards associated with reclaimed brickwork…

So, what are the advantages of new ‘old looking’ bricks? First and foremost is the guaranteed quality.

The performance of reclaimed brick can never be guaranteed, of course. Most reclaimed bricks were originally fired in clamp kilns or more recently, ring kilns.

Using these methods, bricks that had been located closest to the fire were harder and of higher quality. The outer portions of the kiln produced softer, lower quality bricks. In those days, no-one had insulated cavity walls in their homes. Instead, residential walls could be up to twenty or thirty cm thick. Bricklayers used higher-quality bricks for the exterior and the softer ones (that were more vulnerable to the weather) on the inside of the building.

When these buildings are demolished, the hard and soft bricks are combined into the same lot of reclaimed brick.

If you are unfortunate enough to end up with these soft bricks in your gable, chimney or the west-facing side of your house, spalling or cracking becomes very likely.

Other factors can cause issues as well. Examples include prior frost damage or contamination of the reclaimed brick.

This can be mitigated through impregnation, but this is an additional expense and must be repeated periodically.

Furthermore, the exact same bricks will still be available years later for an addition or annex, unlike a lot of reclaimed bricks, of course.

Hmm ... Apparently something went wrong. Can you try again?

Thank you. We will send you cool e-mails on a regular basis. Not too much. Promised.