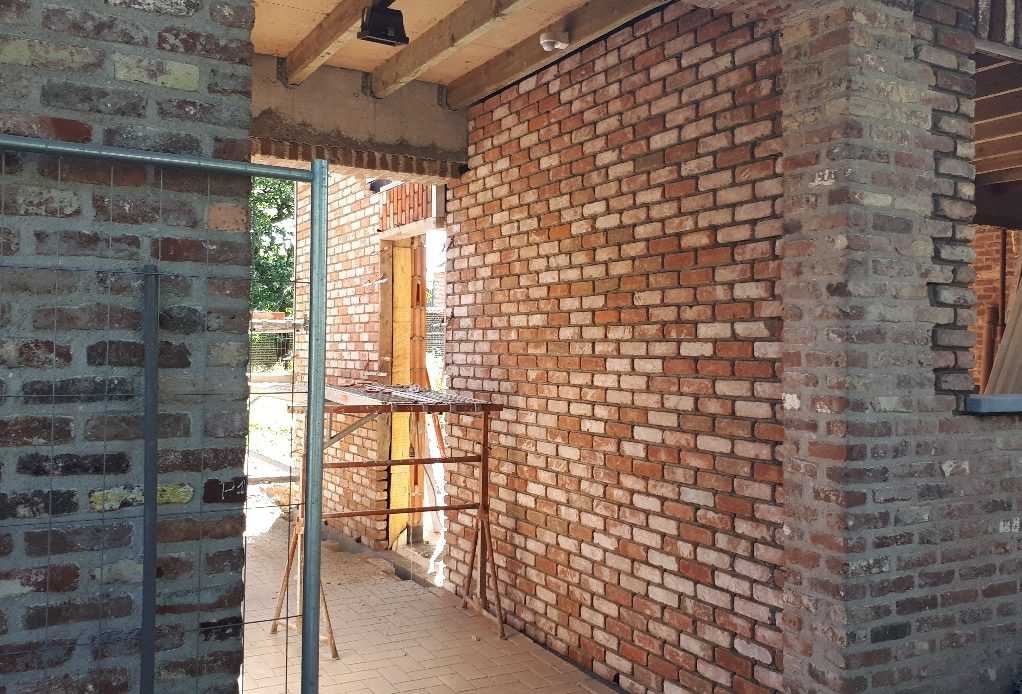 Restoration of the caretaker’s house of the Castle of Dadizele

In the shadow of the basilica of Dadizele, the caretaker’s house of the castle of Ridder Jan (‘knight Jan’) is currently being restored. Jan de derde Van Veerdeghem, also known as Ridder Jan of Dadizele was a midieval bailiff and knight from the 15th century, known for his heroic action in many battles.  The caretakers’s house is being transformed into a small cinema room for the residents of Mariënstede, a center for people with a physical or a mental disability. In this historical building they will also provide room for the cheese and the chocolaterie.

Our brick  ‘Brique de Dinant’ has been chosen for this restauration. We are really proud that Olivier Bricks contributes to the revival of this historical building in the picturesque Dadizele.

Hmm ... Apparently something went wrong. Can you try again?

Thank you. We will send you cool e-mails on a regular basis. Not too much. Promised.